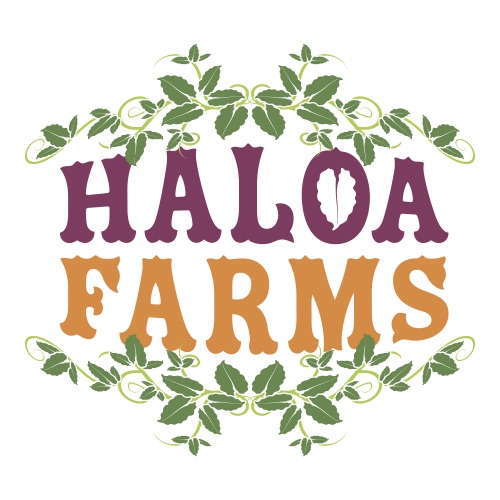 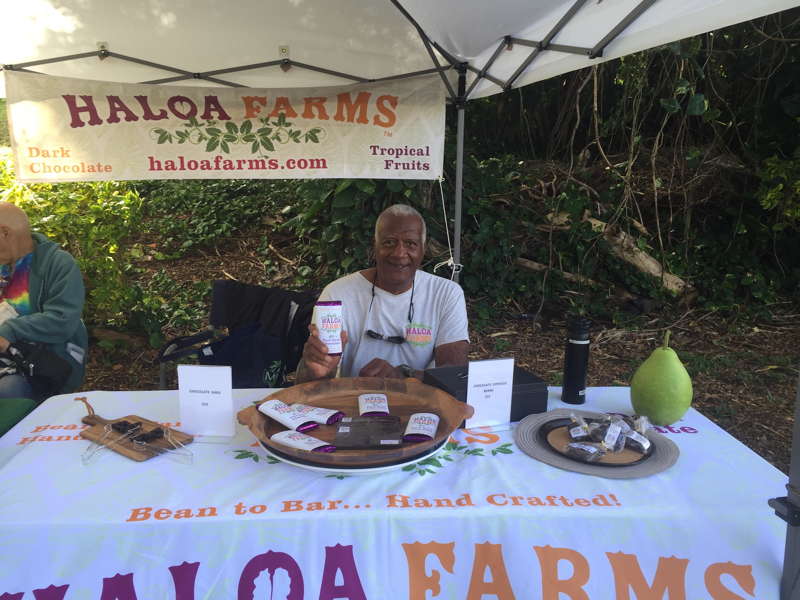 Robert Boudreaux is the farmer behind Haloa Farms, a mature cacao orchard producing organic beans processed for his signature 85%+ dark chocolate bars. With a history of rubber and sugar cane production, Robert and his wife Karen began planting their land with cacao trees down Ulaino Road in 2001. Their intent was to grow cacao and a cache of tropical fruits for use in the creation of world class chocolate from Hāna.

During the late 1950’s, at the ripe age of 15, Robert began working on his grandfather’s farm in Sonoma County, California. A member of the Future Farmers of America, Robert found himself first embarking on a career in animal husbandry.

“All food begins with the soil. It is an incredible high point to work with healthy, nutrient laden soil which produces rich, vibrant, nutritious products. Originally, we were going to grow coffee, but being chocoholics, cacao was our destiny!” ~ Robert Boudreaux

Robert and Karen produce nothing less than 85% cacao products. If you ask Robert, he prefers 90% or above! They often enjoy experimenting with unusual ingredients not found in mainstream recipes. One of their favorite chocolate bars, is one sweetened by the subtleness of dragonfruit.

Cooking has become a hobby for them here in Hāna, resulting in some fantastic dishes! and a few unfortunate failures… Robert says when searching for the best way to cook unfamiliar produce, learn from the growers themselves! Currently, Robert is working to perfect his authentic Mole recipe. Mole uses both sweet and earthy ingredients such as roasted chilies and chocolate to create a sauce recognized as the national dish of Mexico. They are excited to be offering this at the Haloa Farms market booth very soon.

“The Market has opened a great revenue stream for Haloa, along with a unique avenue for engaging with the public. It’s also a great way to connect on a regular basis with other local growers, to learn new practices.” ~Robert Boudreaux

Robert is the current and third Hāna Chapter President of the Hawaii Farmers Union United. He is a U.S. military veteran and a formal cinematographer of 20 years. Mahalo for your dedication to East Maui farming Karen and Robert! and for being Hāna Farmers Market vendors since day one. 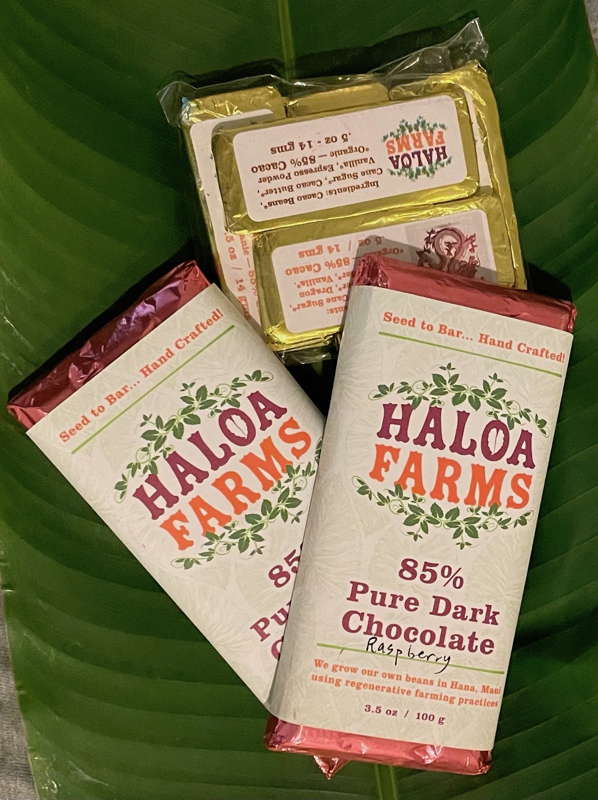 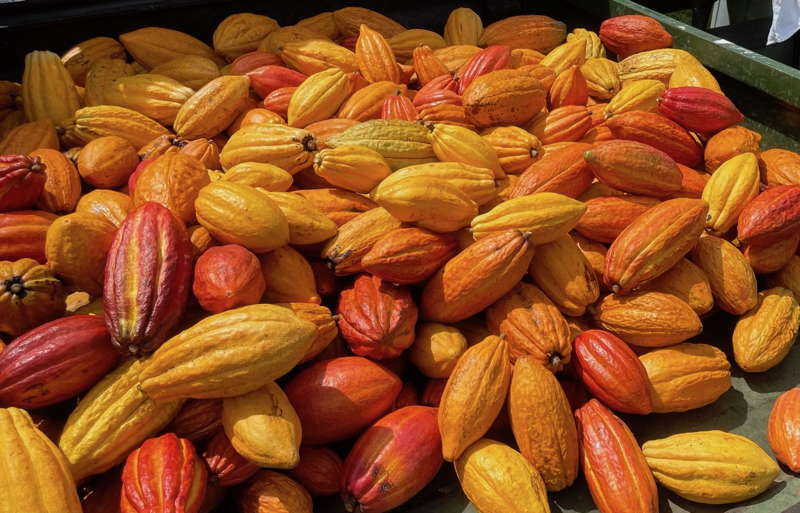 Secrets from the Haloa Farms Kitchen

Haloa Farms is excited to announce the formation of the Hāna Chocolate Society!  The chocolate society will indulge in the very best reserve beans, aged in oak barrels, prepared as truffles, and exclusively packaged for members only. COMING SOON!

On the Breakfast Table

Robert and Karen’s sweet tooth have them eating chocolate mango croissants prepared with any of his 7 chocolate flavors. Visit the Haloa Farms online store today, then treat yourself to this mouth watering recipe from their kitchen to yours.

1 Croissant – Try one from the East Side Baking booth! Very lightly toasted

Sprinkle of Cinnamon & Nutmeg to taste